Please fill your details to get a quick consultant

A Designated Zone is an area that has been designated by cabinet decision and meets the requirements of the UAE Executive Regulation. To put it another way, the Designated Zone is a VAT-free zone that is deemed outside the UAE for VAT purposes. As a result, no VAT will be charged on any items transferred between Designated Zones.

The Federal Tax Authority (FTA) is the governing body for issuing all guidelines for the Value-Added-Tax registration, return filing, and other general VAT related amendments in UAE.

What are Designated Zones?

The Designated Zones are defined by the UAE Cabinet as areas that are not subject to VAT in the UAE. Not all free zones are designated zones, and designated free zones must meet certain criteria in order to be excluded from VAT.

The VAT laws for Designated Free Zones are a little tricky because there are a lot of case-by-case transactions between a company in a designated free zone and other enterprises in the UAE and abroad that may be subject to VAT. 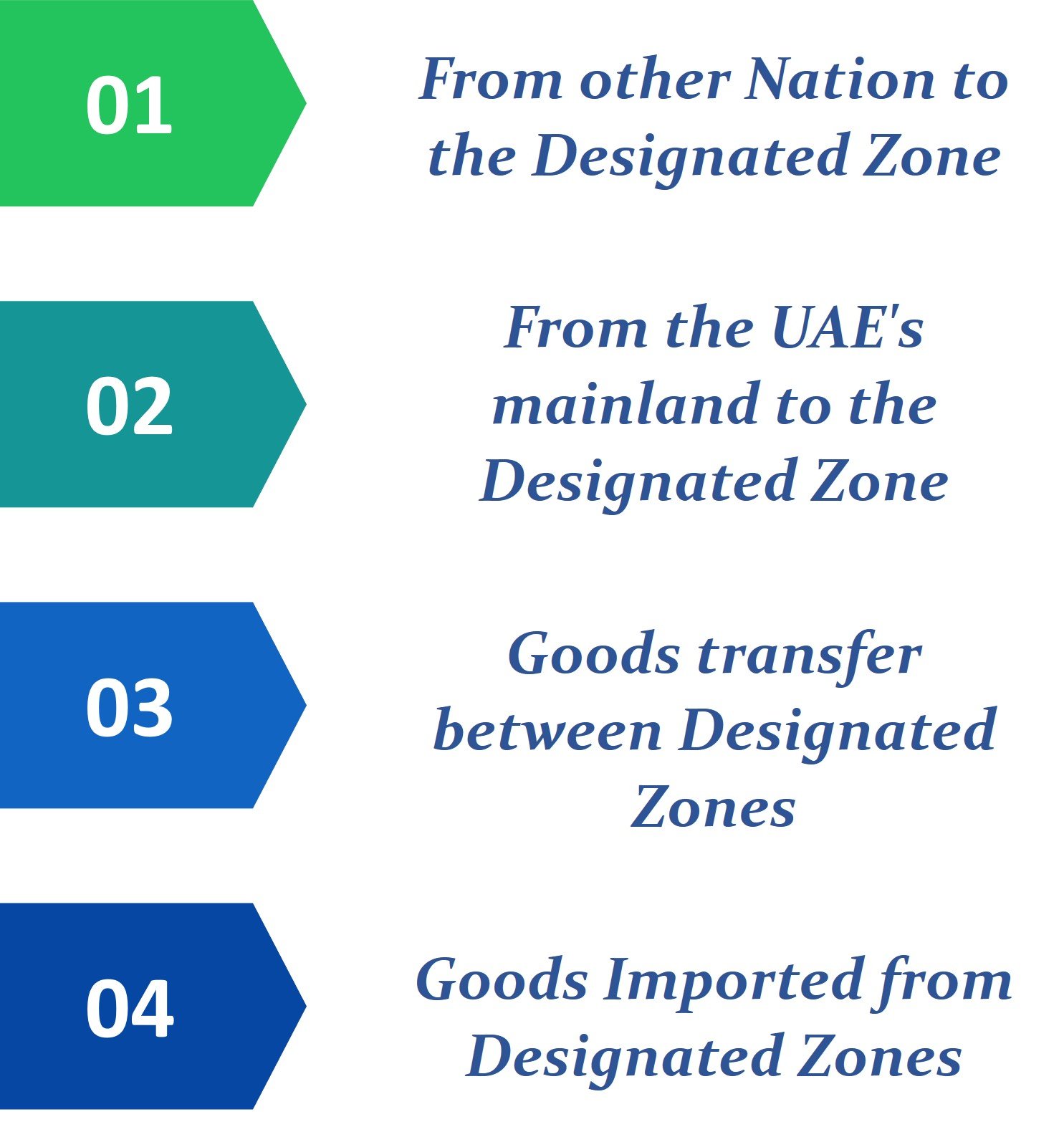 From other Nation to the Designated Zone

Because the items are not being delivered to the UAE but are being transported from one nation to another, they are not subject to VAT. The company, which is based in the United Arab Emirates, is just enabling worldwide trade.

From the UAE's mainland to the Designated Zone

The transportation of products is within the UAE and is not regarded an export from the UAE, hence it is treated as a taxable transaction.

Because the items are not used or altered during the movement between the approved zones, it is viewed as being outside the scope of VAT. It should be mentioned that items must be transported in accordance with UAE Customs Laws.

Importation into the UAE is defined as the transportation of products from a designated zone to the mainland. As a result, it is taxable and considered an import.

Treatment of VAT on supplies of goods to Designated Zones

As previously stated, the Designated Zones are viewed as being outside the UAE for VAT purposes, hence no VAT will be charged. Despite the fact that it is classified as being outside the state, not all supplies will be eligible for this benefit; some will still be subject to a 5% VAT. The rationale for this is because only the supply of products will be tax-free, subject to specific criteria, and only a few types of supplies made from or to the Designated Zone will be taxed, depending on the location of supply. The VAT rates for supplies made from/to the Designated Zones are listed in the table below.

*Mainland refers to any location in the UAE other than the Designated Zones.

As shown in the table above, any movement of products from one Designated Zone to another is tax-free only if the conditions set forth in the UAE Executive Regulations are followed.

Supply of goods between Designated Zones without paying VAT

Only if the following conditions are met will supplies made between Designated Zones be Exempt from VAT:

In addition to the conditions that must be met for VAT-free supplies of goods between Designated Zones, the authority may ask the owner of the goods to provide a financial Guarantee for the payment of any tax for which that person may be held liable if the conditions for movement of goods are not met.

Treatment of VAT on Services Provided in a Designated Zone

Supply of products to the Designated Zone for self-consumption

Goods produced in a Designated Zone are not subject to VAT

Consumption of products located in a Designated Zone on which the owner has not paid VAT will be viewed as goods imported into the State by the owner and, if unaccounted for, will be liable to VAT. These products, however, will not be subject to VAT if they are used by the owner under the scenarios specified above (self-consumption scenarios).

It's obvious that the VAT treatment of supplies related to Designated Zones varies depending on the type of supply. To begin with, the benefit of VAT exemption is only available in certain scenarios for the supply of goods, and the supply of services within the Designated Zone is taxable. Second, conditions set forth in UAE Executive Regulations must be met in order to be eligible for VAT exemption on goods supplied within the Designated Zones. As a result, it is critical for businesses to understand the VAT treatment of their supply, analyse the impact of VAT on their business, and plan accordingly.

All the information on this website is published in good faith and for general information purpose only. Dhanguard does not make any warranties about the completeness, reliability and accuracy of this information. Any action you take upon the information you find on this website, is strictly at your own risk. DhanGuard will not be liable for any losses and/or damages in connection with the use of our website.

Should we update, amend or make any changes to this document, those changes will be prominently posted here.